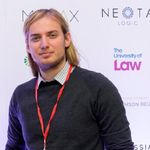 England
Hey! I'm James Burnham - Software Developer & Linux enthusiast. I've been obsessed with the potential of self hosting & networking ever since I received my first Raspberry Pi in 2011.
Oct
01

Issue #6 • The self-hosted alternative to Trello and Notion

Why should you should spend the time, effort (and money) on self-hosting?